It is an effective treatment method against skin loosening and regional fattening problems. It is preferred as a smoothing agent in areas where there is fat accumulation in the abdomen, abdomen and waist regions and in areas where skin is loose in the face, under the jaws. It is also applied to the arms and legs, inside the thigh, inside the knee, ankle and legs. It is a cure to use in a session with regional anesthesia and allows the person to continue their normal life in the daytime. With Smartlipo Lipolysis method, subcutaneous fat can be removed and collagen production is also increased. Therefore, tension and rejuvenation of the skin is provided. 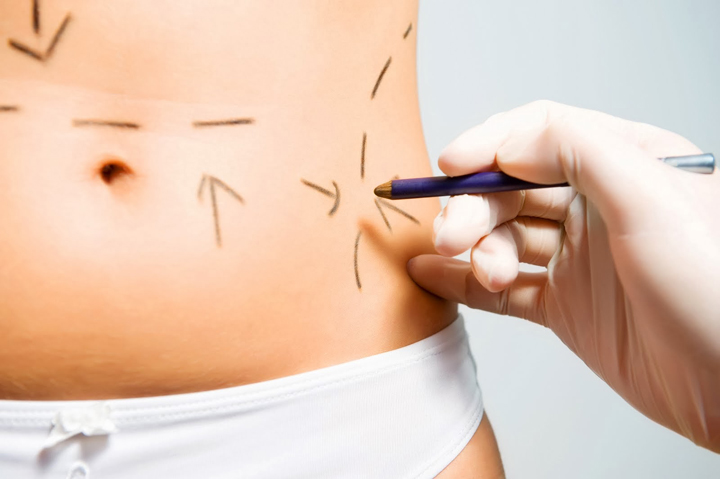 The Smartlipo Laser Lipolysis device is used to dissolve the excess fat in the region, to form in the abdomen, head and waist regions of the body. Face, neck, inside the arm, inside the leg and abdominal regions are used for stretching. It is also applied to the axillary region for the purpose of eliminating the thalassemia.

It is an effective treatment method which is strong in effectiveness, prevents bleeding, helps healing shortly and shortens the period of bandage. The incision used in the application is 1 mm in size, and the trace is at the level to be called.

There are 3 basic effects on the area where it is applied. The membrane integrity of the fat cells formed in the relevant region of the photomechanical effect site in the region of the laser beam is completely degraded. As the cell mass flows into the intercellular space, it can be left to be naturally excreted if desired, or it can be absorbed by fine cannula. The photomechanical effect is also in the relevant region. First of all, clotting occurs in veins. This prevents bleeding before and after application and removes the problem of moribund. Collagen synthesis induces new bond formation. As a result, noticeable recovery and tension is seen on the skin.

Laser lipolysis is an effective method with less traumatic features. Unlike what is known when it is desired to be repaired, there is less traumatic procedure. It is easy to apply in a lot of areas including the inside of the arm, under the chin, neck, abdomen and back, even the ankle braids, which is difficult to shape into the classical liposuction methods.

In the case of classical liposuction application, it is the liquid addition which changes according to the application region. The oil is drawn with high negative pressure. It usually requires hospital environment and it is applied under anesthesia. Bruise for 15 days, after 6 weeks is not necessary to use a corset. Even at the slightest, there is a recovery phase of 4 days.

In the case of Laser Lipolysis, the situation is different. The traumatic effect is low, the healing period is very short. It is much sharper than conventional liposuction.

As in all applications, the area where laser lipolysis is applied can be re-lubricated.

For this reason: Sports should be done and attention should be paid to food consumption and eating habits.

The area to be exposed to the irradiation is determined. Regional anesthesia is applied to this region. A special solution is given to the oils. Then a small cut will come in. The laser is made to dissolve the parts of the oil. It also has tension and a separate laser beam, which gives tension and tension to the skin.

The food district is the problematic area for most people. The more weight loss you experience, the less likely it is in the food district. So overweight appearance continues. In many tried-and-tested methods, smart lip is the best result. The process takes an average of 1 hour. The bandage is applied to the area and taken at the end of two days. As a result, you have weak, elegant jaws and food.

It also has good results when applied to the ankles. It is possible to have fine and elegant ankles. One of the regions that do not melt despite weight loss is the ankles. There is almost no other way to melt a wrist. Avoid standing still for 15 days after the procedure, plenty of walking must be done.

It is an effective method against the problem of breast size in men. It helps to remove many fat fats that occur in the breast. There are no major problems to be solved at the level to be called.